What To Do If You Have Been in an Accident with a Streetcar?

Streetcars are an iconic characteristic of life in New Orleans. They are one of the many features that make the City unique. However, they can also pose a unique danger to the drivers of New Orleans. In 2018, there were 114 accidents involving streetcars according to the National Transit Database. Many of these accidents can be attributed to the law and practices of the City. 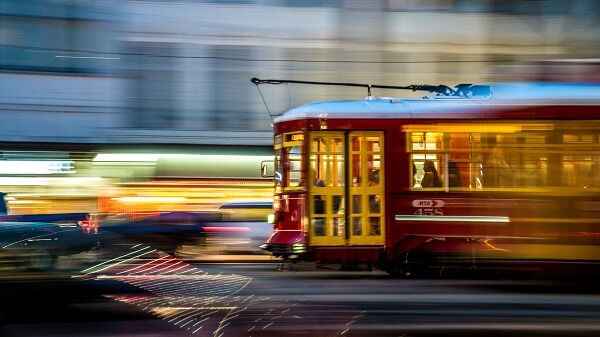 New Orleans City Ordinance Section 154-389 establishes important traffic laws for streetcars. This ordinance gives streetcars the right of way. This means that a driver must move out of the streetcar’s path when their vehicle is on the streetcar’s tracks. This ordnance along with the “New Orleans Left” work together to cause a majority of streetcar accidents.

The “New Orleans Left” refers to the traffic law in New Orleans that prohibits drivers from making a left turn across a neutral ground (or median). More than half of these crossings do not have markings to indicate this law, and often visitors of the city are unaware that it exists. When a driver violates this rule and finds themselves on the street car’s track, where the streetcar has the right of way, accidents can often happen.

However, the streetcar or the operator can often be the cause of the accident as well. Other common causes of streetcar accidents include:

The driver or the pedestrian that is struck by a streetcar may not be the only victim. Often, passengers on the streetcar itself can sustain serious injure. Streetcars are not equipped with seatbelts which can cause riders to be thrown forward in a collision where they face the risk of a serious head, brain, or other physical injury.

The possible unique laws at issue is not the only factor that makes a lawsuit involving a streetcar uncommon. The possible defendant in these cases is also different from most personal injury motor vehicle accident lawsuits.

The New Orleans Streetcars are owned and operated by the New Orleans Regional Transit Authority (RTA). The RTA is a public transportation agency that runs all five streetcar lines in New Orleans including:

Since a public entity owns the Streetcar, an injured plaintiff does not sue the operator themselves but instead names the RTA as the defendant. Lawsuits against a public company are handled differently than a lawsuit against a private individual. The most significant of these differences are the applicable time periods that govern a suit against a political subdivision.

If these strict time periods are not followed, the plaintiff faces the risk of losing their ability to recover the damages they are owed. Therefore, if you believe that you may have a claim from injuries sustained involving a streetcar, it is crucial that you contact a personal injury attorney immediately.