What is the Longshore and Harbor Workers' Compensation Act?

The Longshore and Harbor Workers' Compensation Act (LHWCA) is a federal law that provides for the payment of compensation, medical care, and vocational rehabilitation services to employees disabled from on the job injuries that occur on the navigable waters of the United States, or in adjoining areas customarily used in the loading, unloading, repairing, or building of a vessel. The LHWCA also provides for payment of survivor benefits to dependents if the work injury causes, or contributes to, the employee's death. These benefits are typically paid by the self-insured employer or by a private insurance company on the employer's behalf. The term "injury" includes occupational diseases, hearing loss and illnesses arising out of employment. 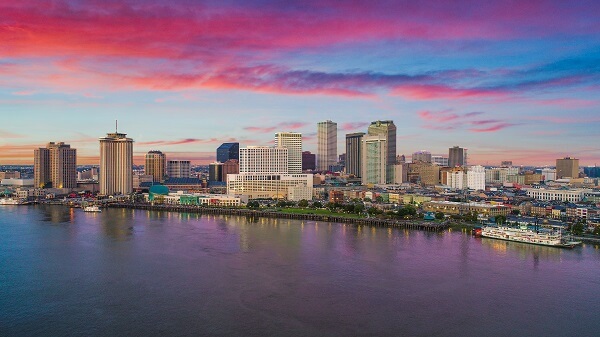 Who is covered by the LHWCA?

The LHWCA covers employees in traditional maritime occupations such as longshore workers, ship-repairers, shipbuilders or ship-breakers, and harbor construction workers. The injuries must occur on the navigable waters of the United States or in the adjoining areas, including piers, docks, terminals, wharves, and those areas used in loading and unloading vessels. Non-maritime employees may also be covered if they perform their work on navigable water and their injuries occur there.

What are the Longshore Act Extensions?

Congress extended the LHWCA to include other types of employment. Employees covered by these extensions are entitled to the same benefits, and their claims are handled in the same way as Longshore Act claims. The following are the extensions of the LHWCA:

Defense Base Act (DBA) - The DBA covers the following employment activities: (1) Work for private employers on U.S. military bases or on any lands used by the U.S. for military purposes outside of the United States, including those in U.S. Territories and possessions; (2) Work on public work contracts with any U.S. government agency, including construction and service contracts in connection with national defense or with war activities outside the United States; (3) Work on contracts approved and funded by the U.S. under the Foreign Assistance Act, which among other things provides for cash sale of military equipment, materials, and services to its allies if the contract is performed outside of the United States; and (4) Work for American employers providing welfare or similar services outside the United States for the benefit of the Armed Services, e.g. the United Service Organizations (USO). To learn more about the DBA, please see the DBA FAQs.

Who is excluded from the LHWCA?

The LHWCA also excludes the following individuals if they are covered by a state workers' compensation law:

What is the difference between the Jones Act and the LHWCA?

The Jones Act (46 U.S.C. § 30104) and the LHWCA (33 U.S.C. § 901-950) are mutually exclusive regimes providing compensation for work-related injuries suffered by different categories of maritime employees. The LHWCA excludes from its coverage a "master or member of a crew of any vessel." Instead, crew members are covered by the Jones Act. The term "master or member of a crew" is refinement of the term "seaman" in the Jones Act. As a result, the key requirement for Jones Act coverage appears in the LHWCA. The determination turns solely on the employee's connection to a vessel in navigation. It is not necessary that an employee aid in navigation or contribute to the transportation of the vessel in order to be "seaman" under the Jones Act, but the employee must be doing the ship's work by contributing to the function of the vessel or the accomplishment of its mission.

What is the Office of Workers' Compensation Programs (OWCP)?

7. What does OWCP/DLHWC do for injured employees?

You need to contact an attorney quickly if you were seriously injured during a job that takes place on or near water. Schedule a consultation with the Scott Vicknair law firm today to find out how we can help protect your legal rights as a maritime worker. We're Not Your Typical Law Firm