The rules and requirements for construction projects in Louisiana are set down by one of two key laws enacted by the state legislature: the Private Works Act and the Public Works Act. Knowing which law governs your project is crucial to both earning a profit and defending your legal rights during and after the bidding process.

When Public Bid Law Applies to a Construction Project

A public works project funded by a government entity requires bidding when the labor, materials, equipment, and administrative overhead is expected to cross a specific dollar threshold. If the project will cost over that minimum amount, the Public Works Act stipulates that the contract must be awarded to the lowest responsible and responsive bidder. 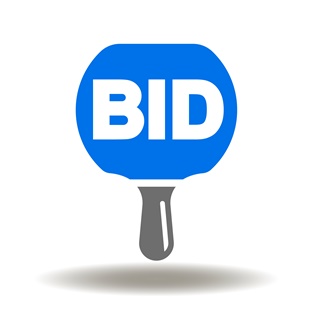 That amount can change over time as new legislation is passed, however. The contract minimum threshold is also updated yearly by the Office of Facility Planning and Control to keep amounts in line with inflation.

Public bids are required when the executive branch of the state government, as well as any number of political subdivisions and most local city governments, need to hire a contractor. Statutes of the Public Works Act covering the bidding process will likely apply and impact how you do business if the project is funded by a:

Whether a project is actually covered by the Public Works Act or not may not always be clear-cut. For instance, while repairs for specific structural damage to public buildings may be covered by public bid law, routine maintenance projects lasting less than two years are specifically exempted. This is a topic you should discuss with an attorney, as there may be some question as to whether a contract should be considered a “major repair” or “routine maintenance.”

Additionally, public bid laws may affect you even if you are simply supplying materials to a government entity. City governments and other political subdivisions beneath the state level are specifically required to adhere to these same public bid rules for procuring materials, unless they have passed different legislation.

Limitations to the law’s application may also affect how you perform your work. While the law can cover architects and engineers as well, there are times when peripheral professional design services are specifically exempt from the statutes of the Public Works Act.

Anyone in the construction industry knows that circumstances may change radically in a short amount of time, leading to conflicts with the bidding system. Supply chain problems, inflation, and lack of workers due to public health issues can all drastically interfere with any construction crew.

A bidder may end up making significant changes to their bid that puts the work outside the scope of the contract. Situations may also arise where the actual lowest responsible and responsive bidder isn’t clear, or where the public entity improperly selects a bid that isn’t actually the lowest. In these cases, your attorney can challenge the award with a bid protest out of court, or file a lawsuit for an injunction to prevent the project from proceeding.

Whether you are working with a local school board or the governor’s office, any public entity typically wants its construction project started as soon as possible. That means that challenges to an awarded bid can move very quickly. For the best outcome, be sure to contact a construction litigation attorney with experience in public bid law as soon in the process as possible.

Louisiana utilizes very strict rules on how and when you advertise your bid for a public project. Don’t let a technicality or incorrectly awarded bid hurt your business. Take out the guess work out of the process by retaining an attorney who knows the ins and outs of Louisiana’s public works statutes. Set up an appointment with the Scott Vicknair Law Firm to find out how we can help keep your contracting business working and protect your legal rights during a public bid.