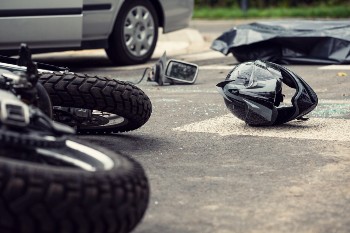 The NOLA area offers plenty of truly breathtaking and scenic rides across a variety of historically and culturally important locations. Unfortunately, it’s easy for a great afternoon ride to suddenly take a dangerous turn when another driver isn’t paying attention. Motorcycle accidents in Louisiana tend to end with fatalities more frequently, and often result in serious wounds for survivors. No matter the extent of your injuries, what to do after the crash remains roughly the same, however.

What to Do at the Scene of the Motorcycle Accident

The process of protecting yourself legally and preparing for financial difficulties ahead starts in the first moments after the collision. After any wreck, you specifically want to:

What to Do After Leaving the Motorcycle Crash Scene

This aftermath of a motorcycle accident is often chaotic, and you may not be thinking about how to best protect yourself. That’s why the next steps taken after leaving the scene are arguably even more important. In particular, be sure to:

That first step simply cannot be skipped, even if you don’t think you have a serious injury. The adrenaline released when a motorcyclist is struck by another vehicle may override your pain. Symptoms for life-altering, and in some cases even life-threatening, conditions aren’t always obvious after a wreck. You need to see a doctor to screen for internal issues like bleeding, damaged organs, fractured bones, soft-tissue damage, and of course, traumatic brain injuries.

From there, an attorney can sift through the evidence to find the liable party who caused your accident. In some cases, that’s extremely simple. It may simply be the other driver who was engaged in some act of negligence, like distracted or drowsy driving. There could be other potential sources of compensation for your motorcycle crash injuries, however.

Representation from an attorney is crucial if you were hit by a commercial cargo truck for instance, so your lawyer can send a demand letter and ensure necessary evidence is preserved. Other situations that may complicate the scenario also require an experienced attorney to handle, such as if the other driver doesn’t have insurance or if you were hurt due to improper vehicle maintenance rather than driver error.

Besides handling negotiations and paperwork, hiring your attorney is your best shot at a positive outcome and recovering damages after your motorcycle crash injury. Your attorney can advise you on sidestepping frequent pitfalls in the process, such as:

Valuing Damages for Your Injuries

Besides helping you avoid common problems, an attorney further assists by placing a value on your injuries. That exact number depends on a number of factors, such as the type of insurance policy held by either you or the at-fault party. In many cases, may need to file a personal injury lawsuit against the negligent party.

In either case, the compensation you may receive is based on key factors like the type and extent of your injuries, as well as how long you were unable to work while recovering. After an investigation into the accident by your attorney, the value of your damages could include:

Talk to a Skilled Motorcycle Accident Attorney in Louisiana

The only way to find out what you are actually owed and the best way to pursue that compensation is to talk with a trial-ready lawyer who can stand up for your legal rights. Get in touch with the Scott Vicknair team to discuss your options by calling 504-500-1111 or sending a message online over here.