Time is a major element of all maritime claims that some injured seamen take for granted. The Uniform Statute of Limitations for Maritime Torts sets a three-year statute of limitations for claims that arise from injury or death on navigable waters. This means that an injured maritime worker generally has three years from the date of their injury to file their claim, or it will be lost. However, this time limit can vary depending on the type of claim and the parties involved.

Maritime lawsuits are typically governed by the court’s admiralty jurisdiction. This means that the general maritime law time periods to bring a claim will supersede any state law statute of limitations. 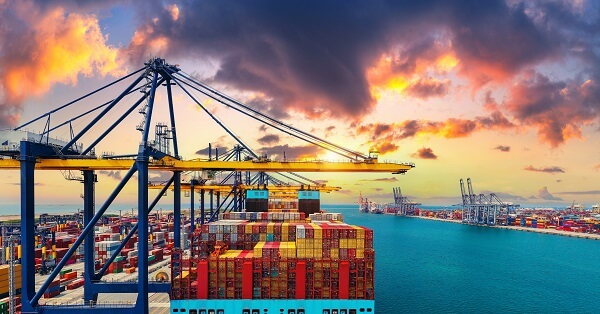 An injured seaman who qualifies to file a claim under the Jones Act generally must file their claim within three years from the date the accident occurred or three years from the date the injury was discovered. However, this time limit will decrease if the seaman was working on a vessel owned by the United States government. If an individual sues the U.S. government in their Jones Act claim, they will only have two years to file their claim. Additionally, the injured worker must wait six months after the accident occurred to file their suit to allow an investigation of the accident. This leaves the plaintiff with only a year and a half to file their claim before they are barred.

Individuals typically bring claims for unseaworthiness (can hyperlink the unseaworthy article I sent here) with a Jones Act claim. These actions are also governed by the Uniform Statute of Limitations for Maritime Torts. Therefore, an injured seaman has three years from the date the injury occurred to file an unseaworthy claim.

The Death on the High Seas Act (DOSHA) is another claim that may be brought with a Jones Act or unseaworthy claim. This cause of action differs from the other two in that the worker’s family is typically the party to bring this action in the name of their loved one who passed away at sea. These suits must also be filed within three years of the accident.

The Longshore and Harbors Worker’s Compensation Act (LHWCA) differs from the Jones Act and its related claims in that ta worker who brings this action is not a seaman but a shoreside employee who is involved in maritime activity. The individual who qualifies to bring this claim is not the only difference. The statute of limitations is also unique. The LHWCA has both a notification and filing requirement.

An injured worker must notify his employer of his injury in writing within 30 days from the date of injury or from the date the worker became aware that his injury was related to a maritime job.

A claim under the LHWCA must be filed within one year from the date of injury or one year of the date the worker became aware the injury was related to his job. These limits are much quicker than most maritime claims and thus it is imperative that shoreside workers seek medical treatment and contact a maritime attorney quickly after an accident.

Maintenance and Cure is a claim filed by an injured maritime worker to receive benefits from their employer while they recover. Although this cause of action is typically brought with other maritime personal injury actions such as the Jones act or a claim for unseaworthiness, it is not rigidly governed by the same 3 year statute of limitations.

This claim is instead governed by the doctrine of laches. This doctrine provides that a claim must be filed within a reasonable time as to not prejudice the defendant. What constitutes a reasonable time can be difficult and likely depends on many facts of the accident itself. If you believe that you may be entitled to receive maintenance and cure you should contact a maritime personal injury attorney immediately.

Workers injured offshore, such as on oil drilling platform may be able to file under a separate statute. In this case, plaintiffs may choose to pursue a claim under the Outer Continental Shelf Lands Act (OCSLA). The statute of limitations that apply to the OCSLA is an exception to the general rule that Federal law overrides state statutes of limitations. For this cause of action, the statute of limitation of the adjacent state will apply. For Louisiana, this means that an injured worker has 1 year from the date of injury.

Although statutes of limitation can seem like an unnecessary burden, they also act as a useful regulator. When long periods of time pass between an injury and the filing of a claim it can make your case much harder to prove. Time may destroy evidence and cause witnesses to forget relevant details.

Most importantly, time may make it impossible to receive the compensation you are owed. That is why it is crucial that maritime workers understand these time periods and consult with a maritime attorney as soon as possible if they believe that they have a claim. It is crucial to contact an experienced maritime lawyer to help navigate these questions. Contact one of our maritime attorneys at Scott Vicknair at 504-500-1111 for a free consultation on your maritime injury claim today.