What are some reasons to consider a corporate spin-off?

When performing a spin-off, a company shifts products or services, current team members, and other assets over to a brand-new entity. There are plenty of reasons to consider a spin-off, along with some potential pitfalls, that should be discussed with a skilled team of lawyers who can guide you through the process.

Why to Spin-Off a New Subsidiary From the Parent Company 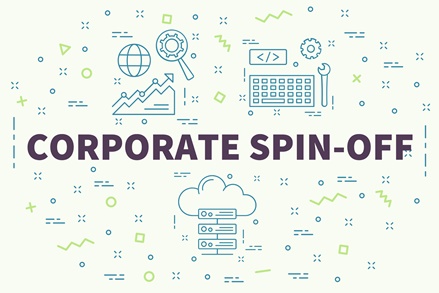 Separating one area of a company from the whole can be an attractive proposition for many reasons. For instance, the new entity can acquire debt and attract new investors, which could be less of an option for the parent company. Some of the other top reasons to form a spin-off include:

Issues to Consider Before Spinning Off a New Company

Spinning off a new company is an involved process that requires making a public announcement, contacting the IRS about the spin-off’s taxability, filing with the Securities Exchange Commision, and in some cases, even acquiring shareholder approval. An experienced legal team with a track record of success in business litigation and helping startups is critical in navigating that process.

An attorney can also carefully go over potential complications you may not have considered ahead of time that will require legal assistance. For instance, existing contracts for the parent company will likely need to be updated with vendors or lending institutions to include the spin-off as well.

Although it can be extremely beneficial under specific circumstances, there are situations when forming a spin-off can actually be detrimental. Existing employees may be opposed to starting over in a new work environment, while two companies mean dealing with twice the costs in terms of:

Talk to an Attorney If You Are Considering a Spin-Off

The bottom line is that you need to ensure you have considered all the pros and cons before proceeding with a spin-off to mitigate any potential negative impacts and maximize your ability to earn profits. Your company’s situation is unique and should be fully examined with an attorney’s help before making any decisions. Call the Scott Vicknair law firm today to set up a consultation.