Should I file a mechanic's lien or a Miller Act claim? 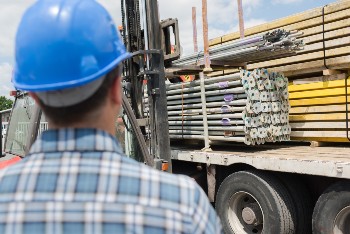 You deserve to get paid for your hard work, but in the construction industry that’s not always guaranteed. While you might file a mechanic’s lien against a private property to acquire payment from a stingy general contractor, that option doesn’t exist in public projects with the federal government. The good news is that you may be able to recover what you are owed by filing a claim under the Miller Act instead.

How the Miller Act Works

General contractors are required by law to set aside payment and performance bonds before starting federal government-backed projects estimated to cost more than $100,000. The statutes of the Act have no bearing on private projects of any size, from individuals building a family home all the way to large-scale construction work for major corporations.

The purpose of those bonds is to make funds available for paying subcontractors. That financial cushioning is meant to protect the government by keeping necessary construction projects going during payment disputes, but it also protects the subcontractors. Obviously, the federal government doesn’t want an unpaid subcontractor to be able to place a lien on something like a courthouse or military base. Instead, they can get paid by filing a claim against the bond.

For those who qualify, a claim under the Miller Act allows you to recover damages for costs like:

First and foremost, the Miller Act specifically does not help the general contractor in any way. Both first- and second-tier subcontractors and material suppliers can file a claim, but only under these specific conditions:

Anyone further down than second-tier sub-contractor or material supplier is typically excluded and can’t file a claim under this particular law. You aren’t necessarily left completely unprotected if you fall into one of those groups, however. If you can’t file a claim under the Miller Act, there may be other options available, like filing a lawsuit over breach of contract.

The Miller Act additionally has very strict filing restrictions. Claims must be filed within a very specific frame that can become complicated depending on your role in the project. For instance, second-tier subcontractors have to provide notice of a Miller Act claim to the general contractor within 90 days of last providing material or labor. The notice also has to be served in a specific way in order to satisfy the requirements of the Act.

If you still don't receive full payment after providing notice, you can’t actually bring a civil action against the contractor for at least another 90 days. Crucially, a lawsuit has to be filed before one year has elapsed from the last time you supplied materials or labor in the project. It is critical to discuss your potential need for a Miller Act claim with an attorney as soon as possible to ensure you don’t fall outside those time frames.

Don’t Lose out on the Pay You Deserve

Because your attorney’s fees may be awarded as an element of your damages, it can actually end up costing you more not to file a claim, or to try to handle the claim on your own. Are you struggling to recover payment from a contractor in a federal public works project? Get in touch with the Scott Vicknair New Orleans office by calling 504-500-1111 or send your contact details and a brief overview of your legal needs online here.