What are the top causes of motorcycle accidents? 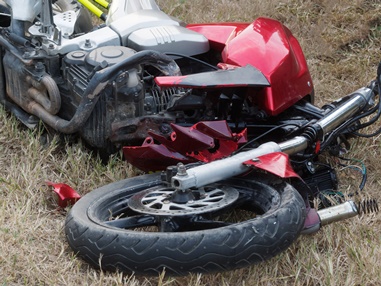 Bike fests and hog rallies are a common sight around Louisiana, especially in the spring and summer months. While many motorists know to keep an eye out for motorcycles, it only takes a moment’s distraction for a serious accident to occur. Motorcycle fans deserve the same level of safety as anyone else on the road, and when they are hurt by negligence, they have the right to pursue compensation for their injuries.

Unfortunately, motorcycle crashes feature significantly higher fatality rates than accidents between cars or trucks. A rider is much more likely to suffer a life-altering injury or even die in a crash than occupants of passenger vehicles. That’s what makes these common causes of NOLA motorcycle crashes so dangerous:

Survivors of motorcycle crashes may deal with wounds like bone fractures, soft tissue damage, internal bleeding, disfigurement, or traumatic brain injury. They can often expect lengthy recovery times and, in some cases, even permanent disability. Thankfully, if you or a loved one were harmed in a motorcycle crash, you have the legal right to pursue compensation for your costs.

Unfortunately, the all-too-common bias against motorcycle enthusiasts often leads other parties in the crash to assume anyone on a bike was automatically responsible for the accident. An experienced motorcycle accident injury attorney can help you overcome those biases to prove exactly who was at fault while fighting for the full and fair amount you deserve.

Whether an insurance company denied your claim in bad faith or you need to file a personal injury lawsuit against the negligent driver responsible for your pain and suffering, we want to talk with you. The trial-ready team of legal professionals at the Scott Vicknair Law Firm is eager to hear about your case. Contact us today to find out if we are the right fit to protect your legal rights in court.